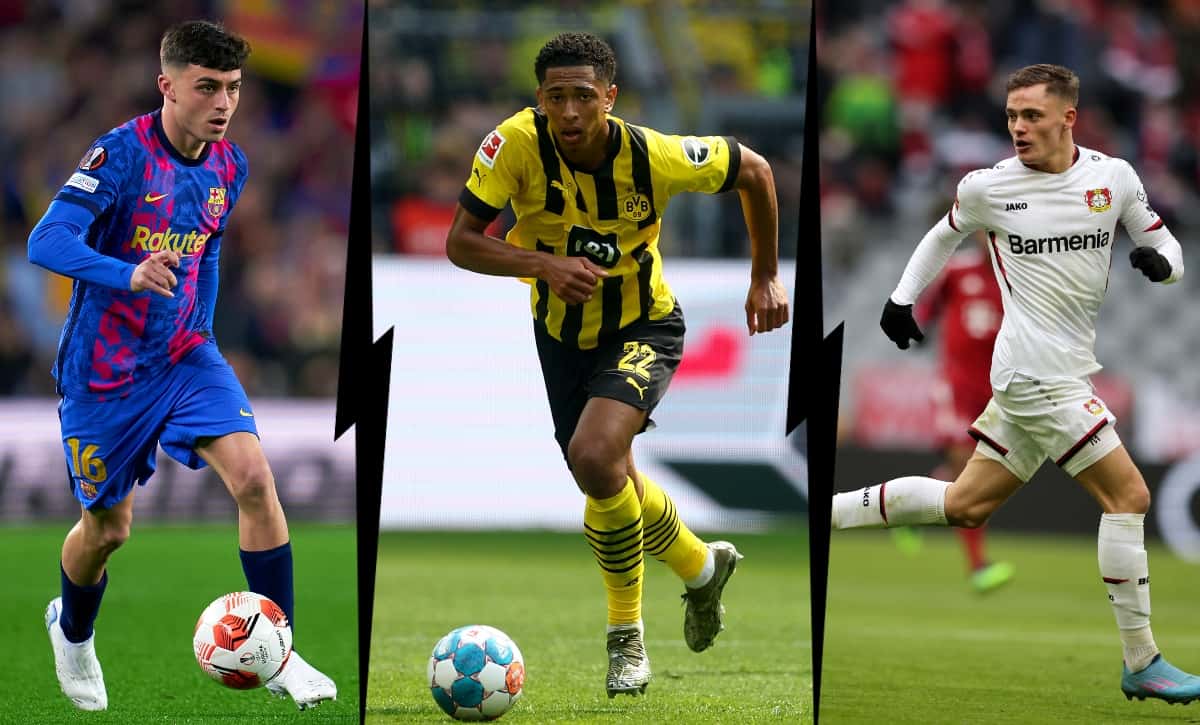 Plenty of players are part of the conversation for best young talent in world soccer. Part of the beauty of the sport is that players can break onto the scene at a young age.

Take someone like Kylian Mbappé. The Frenchman established himself as a European talent with Monaco in the UEFA Champions League in 2016/17. As an 18-year-old, he helped Monaco to the semifinals of the competition. In total, he scored six goals in Monaco’s six knockout games that season.

Fast forward to the present, and Mbappé is 23. While he is still a young talent with seemingly unlimited potential, there are other young talents in the world fighting for the Kopa Trophy, awarded to the best player under the age of 21. Mbappé was the inaugural winner of the award in 2018.

With Cristiano Ronaldo and Lionel Messi on the twilight of their dominant and extensive careers at the top of the game, world soccer seeks its next great player.

Who is the best young talent in world soccer under the age of 21?

We want to know your thoughts on the best young talent in the world.

The reason 21 is the cutoff is because of Kylian Mbappe and Erling Haaland. Come the beginning of the 2022/23 season, both players will be at least 22 years old. Therefore, they will, by all accounts, be entering their prime. In this discussion, we want to hear about potential for some of the game’s brightest stars.

Admittedly, as a Barcelona fan, looking at players like Ansu Fati, Pedri and Gavi make me biased towards my answer. However, there is such a strong contingent of young talent out there. In England, there are the likes of Manchester United’s Anthony Elanga or Liverpool midfielder Harvey Elliott. Germany is a breeding ground for talent, with American international Gio Reyna and Englishman Jude Bellingham teaming up for Borussia Dortmund. Even Florian Wirtz from Bayer Leverkusen, who had 24 goal contributions in 31 games, just turned 19.

Fact of the matter is, there are a lot of options to choose from when considering the best talent in world soccer under the age of 21.

2 days ago FootLiveScores
We use cookies on our website to give you the most relevant experience by remembering your preferences and repeat visits. By clicking “Accept”, you consent to the use of ALL the cookies.
Do not sell my personal information.
Cookie SettingsAccept
Manage consent