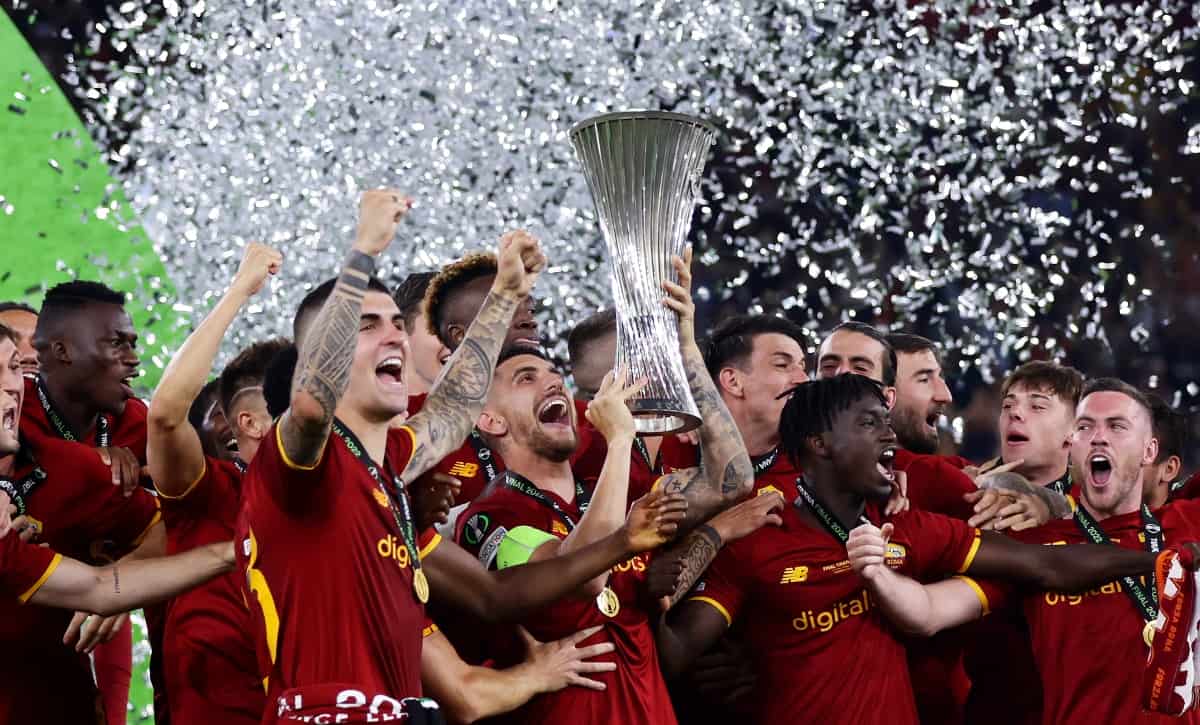 In 2021/22, no competition caused more surprise than the Europa Conference League.

Originally, this competition started as a third-tier of active European club soccer competitions. The Europa League and UEFA Champions League started at least 50 years ago in older formats. Many soccer fans quickly disregarded the Conference League. A potential cash grab from UEFA that would be useless or boring in comparison to the Champions League or Europa League.

UEFA’s intentions for the competition revolved around giving smaller clubs an opportunity for European soccer. Even then, it would open the door for clubs that just missed the cut for the two superior tournaments. Many top clubs failed to qualify for the Europa League this season. For example, Tottenham, Basel, Roma and Feyenoord all have Champions League experience in the last five seasons.

Therefore, common soccer fans had familiar teams to follow. Plus, smaller clubs would receive much-needed exposure. The qualification and group stages were not for everyone to watch. That tends to be the buzz prior to the inaugural season. In fact, it turned out to be the opposite. The Europa Conference League leaned on surprise from new teams having a chance to prove themselves.

Clubs with domestic and European success like PSV Eindhoven, Marseille and Leicester City all joined from the Europa League in the middle of the competition. Suddenly, there were strong sides with familiar sides battling. Moreover, smaller clubs still provided the classic ‘Cinderella’ storylines fans love.

The competition was played on the same evenings as the Europa League, giving fans a chance to flip through games. In the end, the semifinalists for the competition’s inaugural campaign included Leicester City, Roma, Marseille and Feyenoord. On the surface these look like standard Europa League clubs. After all, half came down from the Europa League after the group stage.

The surprise of the Europa Conference League

The beauty of this newly created competition came from lesser known clubs fighting on the European stage.

For example, take Bodø/Glimt. The tiny Norwegian club in the Eliteserien reached the quarterfinals of the Conference League. Along the way, the club dismantled Roma with two wins over four games, including a 6-1 thrashing. Unfortunately, the one loss proved crucial in that quarterfinal tie, losing 4-0. Still, the quarterfinal appearance is Bodø/Glimt’s best finish in a European competition.

On the other hand, historic clubs such as FC Kobenhavn, Partizan Beograd and Rennes reappeared in Europe. These clubs fell under tough times in recent years. However, the Europa Conference League allowed for these clubs to reemerge. Fans of these clubs could dream big for the first time in decades.

Even Roma, which defeated Feyenoord in Tirana, Albania, by a score of 1-0, lifted its first continental title. Fifty-thousand Roma fans watched from their home stadium as the club ended a 14-year title drought. It also proved significant for José Mourinho. The Portuguese is the first manager to have won all three of the major European club competitions. Of course, no other manager has more Europa Conference League titles than he does with one to his name.

Cristiano Ronaldo not a guaranteed starter at World Cup

4 weeks ago FootLiveScores
We use cookies on our website to give you the most relevant experience by remembering your preferences and repeat visits. By clicking “Accept”, you consent to the use of ALL the cookies.
Do not sell my personal information.
Cookie SettingsAccept
Manage consent