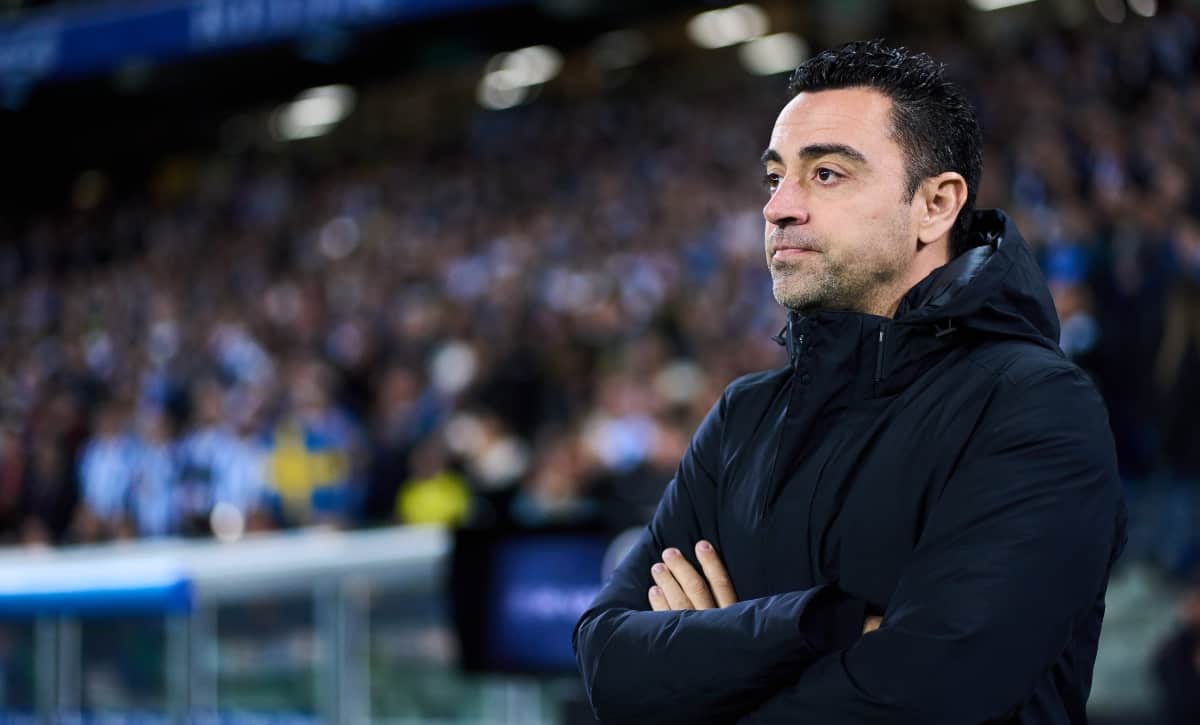 Barcelona’s resurgence under Xavi seemed to reach a head in early April.

Barcelona defeated second-place Sevilla courtesy of a magnificent Pedri strike in the 72nd minute. The squad trotted around the field applauding fans. At the time, Barcelona shot itself into second in the LaLiga table, a far cry from where it was just six months prior. The win also came on the back of the club’s biggest result of the year.

Two weeks earlier, just before the March international break, Barcelona went to Madrid and dismantled its biggest rivals. As Piqué, one of Barcelona’s leaders, put it, “we are back.”

It would not be possible without the person at the helm. Xavi’s innovative tactics and calculated transfers revolutionized an awry Barcelona club. In just a couple months, he appeared to return the Catalan side to one of the better clubs in Europe.

However, what makes the extraordinary story even more unbelievable was what came before it. Billions of dollars in debt, a self-inflicted storm nearly destroyed Barcelona.

As a player, Ronald Koeman scored the game-winning goal for Barcelona’s first European Cup in 1992. Like other clubs in Europe, Barcelona sought to revitalize the squad’s energy with a former player as manager. Understanding the history of the Blaugrana, Koeman had successful stints at Ajax and PSV in the Eredivisie.

Koeman started off poorly, as Barcelona looked like a shadow of its old self. Barca finished third, its worst finish in LaLiga since 2008, in 2020/21. In the Champions League, a 5-2 aggregate loss against PSG sent the club packing in the round of 16. Despite the struggles, Koeman maintained some hope by leading Barcelona to a Copa del Rey title.

Then, Koeman oversaw relative disaster at the club. Lionel Messi and Antoine Griezmann departed in the summer, much as a result of the Barcelona board’s irresponsible finances. Using a rag-tag squad of unproven players, Barcelona only brought in Sergio Aguero, Memphis Depay and Eric Garcia to replace the outgoing stars.

Unsurprisingly, Barcelona floundered. It fell to an eye-opening ninth when Barcelona sacked Koeman.

They failed not only in Spain, but they did in Europe as well. They found themselves frequently outclassed by Benfica and Bayern. Despite two wins against Dynamo Kyiv, it suffered relegation to the Europa League.

Koeman walked into the Camp Nou as a storied Barca star who had both Messi, Griezmann and more stars at his disposal. Following a string of mediocrity, disappointment, and heartbreak, Koeman left Barcelona as a frail shell of itself.

Despite Koeman’s messy reign as Barcelona manager, Barca rebounded like no other. Appointing club hero Xavi provided glimpses of the Barcelona identity that players and managers like Johan Cruyff or Pep Guardiola helped to build. From matchday 18, Barcelona kept an unbeaten streak in league play spanning around four months.

Their recent results are thanks to the penetrative off-ball movements and the tiki-taka playstyle Xavi perfected in his playing days. Instead of the quick, rapid-fire counter-attacks favored in modern-day football, Xavi, like prior iterations of Barcelona, elects for a possession-based offense complete with flashy wing play. His reliance on wingers and full-backs helps overwhelm opposing defense and get the ever-common goals Barca desperately needs.

Big wins over the two Madrid clubs accented Barcelona’s return to the upper echelon of Spanish football. In early February, Barcelona trounced Atletico Madrid 4-2 with the help of their explosive attack. Jordi Alba, Gavi, Ronald Araujo, and Dani Alves all found the net as Barcelona rocketed up the table.

In late March, Xavi and his squad headed to the Santiago Bernabeu looking to close a seemingly impossible gap with Real Madrid. While the league may have been out of reach, El Clásico is always a game to play for. Pride was also at stake, as Barca had previously dropped the last four games against Real in LaLiga play.

Barca showed they were a new team, reformed under the leadership of Xavi. Aubameyang’s brace, complemented by goals from Araujo and Torres, helped show Barcelona was nothing like what the world laughed at in November. 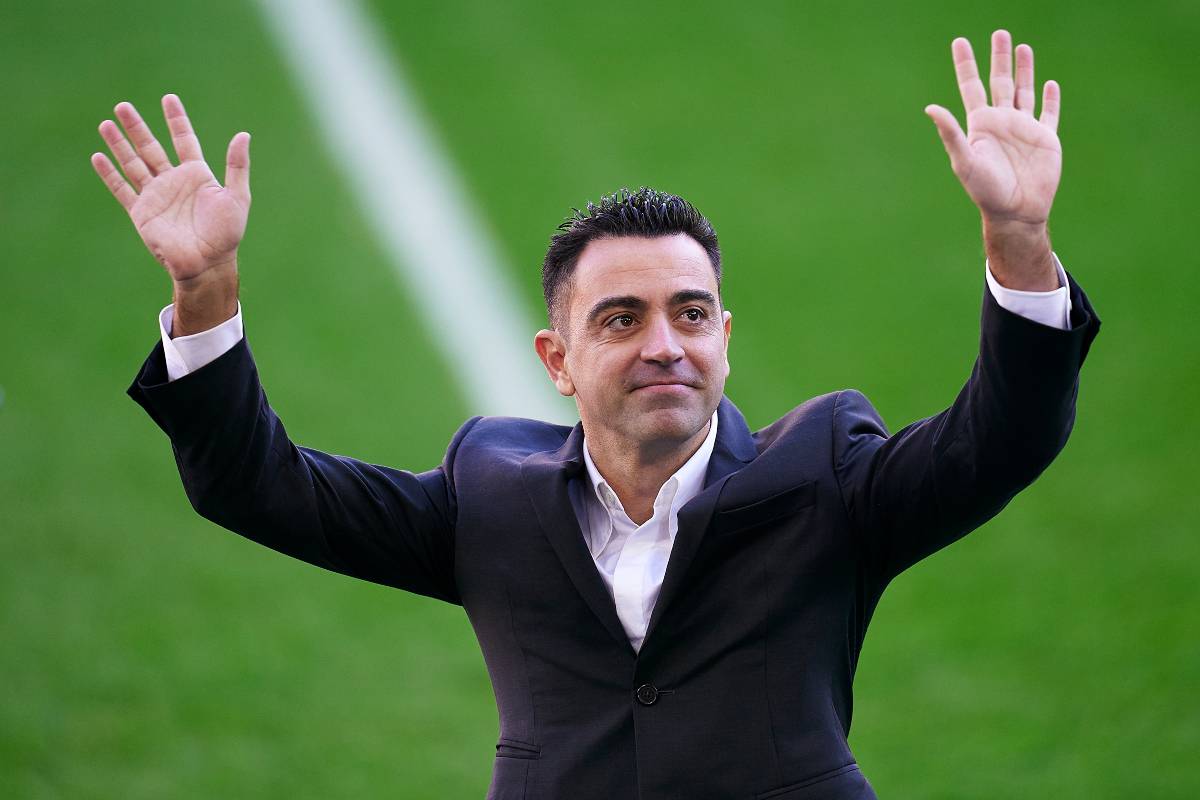 Stumble near the end

Eintracht Frankfurt, a mid-table side in the Bundesliga, beat Barcelona at Camp Nou in the Europa League. the German side advanced 4-3 on aggregate. Even more disheartening for Barcelona fans was the number of Frankfurt fans in the stands. White shirts stood out among the red and blue supporters.

Following this loss, two losses over Barca’s next three games transpired. Rather than losing to a club like Sevilla, Real Sociedad or another strong team, these losses came at the hands of teams in the bottom half of the LaLiga table. Cádiz and Ray Vallecano both won in Barcelona in monumental victories for those clubs.

It is more than likely that Barcelona gets back to the Champions League next season. That being said, there is still reason to compete in the league. Seeding in the Champions League is one thing, but qualification to the Supercopa de España provides financial support. Clearly, that is something Barcelona desperately needs.

Plus, the Catalans still must prove they can hoist the world’s biggest trophies without Lionel Messi. That starts in LaLiga.

Under this manager, it is achievable. Barcelona’s resurgence under Xavi will be under the microscope with slim margins and narratives at play.

Fire in the market

For a side that got crashes out of Europe, remains millions of dollars in debt, has an unproven manager in European soccer and plays a very particular style under said manager, Barcelona acquires interest from notable players.

The three of them have had ups and downs with Barcelona, contributing important moments along the way. Aubameyang has been especially impactful. Nine goals in 12 league games is a strong return.

The Gabonese attacker and legendary player rapidly fell out with Arsenal fans and Gunners gaffer Mikel Arteta. Disciplinary issues and a row with Arteta surrounding Auba’s messy exit from the Emirates.

“My last few months at Arsenal were complicated, that’s football sometimes. For my part, I never wanted to do anything wrong. My problem was only with Arteta. I can’t say much more, I wasn’t happy. It was just him and he made that decision. He wasn’t happy, I can’t tell you more. He wasn’t very happy, I was very calm,” Aubameyang claimed.

Journalists like Fabrizio Romano report that Barcelona’s shopping in the transfer market is not over yet. AC Milan midfielder Franck Kessie and Chelsea defender Andreas Christensen are set to play in the blue and red of Barcelona in the coming summer, and club president Joan Laporta says there could be more signings to come. That is notwithstanding the financial obstacles Laporta and company must overcome.

It is an encouraging sign for fans. Barcelona’s resurgence under Xavi comes as a result of pulling consistency out of what was a mediocre side. Now, it looks to form one of the most solid squads in LaLiga to rival Real.

Cristiano Ronaldo not a guaranteed starter at World Cup

4 weeks ago FootLiveScores
We use cookies on our website to give you the most relevant experience by remembering your preferences and repeat visits. By clicking “Accept”, you consent to the use of ALL the cookies.
Do not sell my personal information.
Cookie SettingsAccept
Manage consent