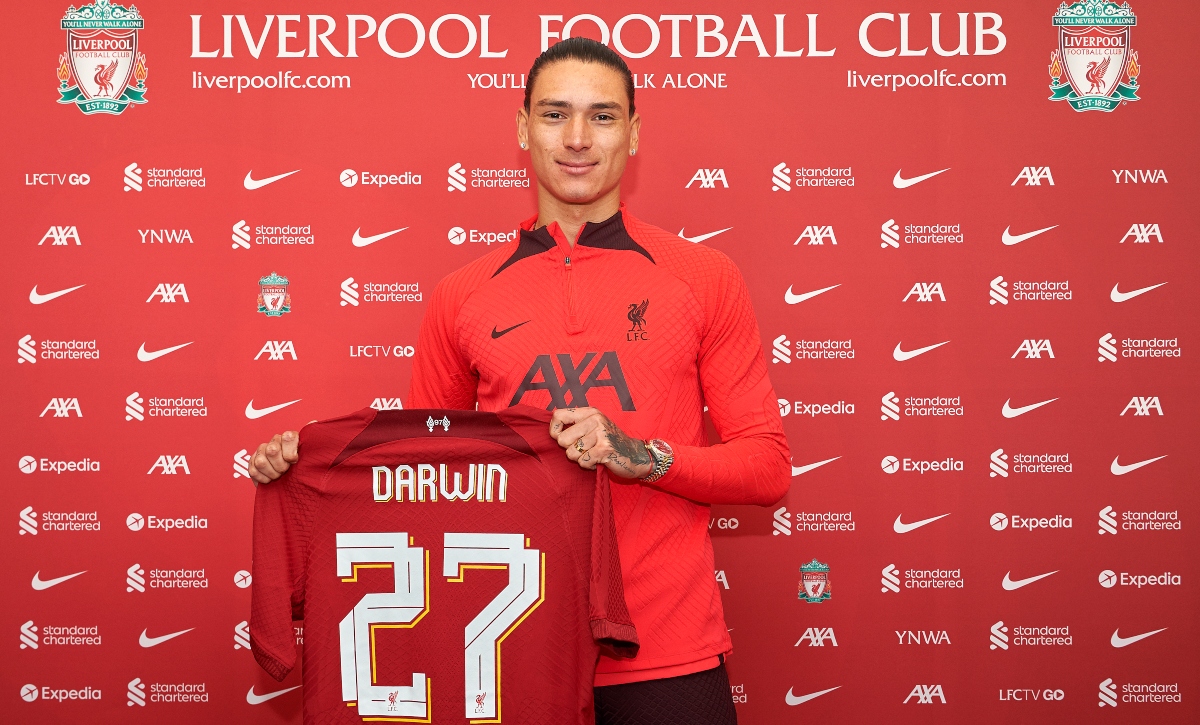 Darwin Núñez enters a Liverpool squad that was one game away from completing an illustrious quadruple. In the end, the Reds won the two lesser trophies of that set, the FA Cup and the League Cup. It lost the Premier League on the final day and got shutout in the Champions League Final.

Goal-scoring was never truly the issue with Liverpool, even in that Champions League Final against Real Madrid. That day, Thibaut Courtois put on the performance of his life as the Belgian stopped all nine of Liverpool’s shots on target.

A new striker could resolve that blemish. However, a strike force of Mohamed Salah, Sadio Mané and a breakout Luis Diaz are hardly to blame. After all, Liverpool finished second in goals scored in both the Premier League and Champions League.

Yet, if there were ever a weakness in Liverpool’s starting lineup, it was the striker position. Mohamed Salah provided easy looks for Roberto Firmino, Diogo Jota and even Mané and Diaz, such is the nature of the Egyptian’s greatness.

According to Football Reference, a statistics database, Diogo Jota and Sadio Mané scored less goals than what they were expected based on scoring chances.

In step Uruguayan Darwin Núñez at Liverpool. The Benfica striker is one of the best in terms of goals per 90 minutes played. Twenty-six goals in 28 Primeira Liga games this past season warranted a transfer fee in the range of $78 million. However, that could rise to over $100 million should the player and Liverpool hit certain benchmarks.

Núñez takes over in the front three from Sadio Mané. Here is what Liverpool supporters, and rival fans, can expect from the 6’2″ striker.

How Darwin Núñez fits in at Liverpool

First of all, here is what Liverpool could line up as if fully fit. 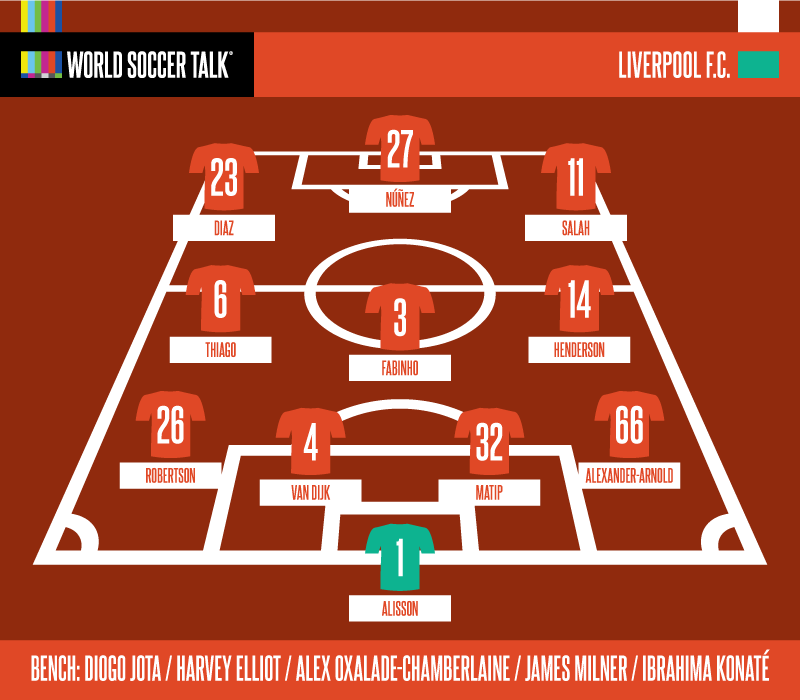 There is not truly a blank spot in this lineup. Thiago and Luis Diaz broke through for Jürgen Klopp’s side entering the closing stages of the season. Mohamed Salah is one of the best players in the world. Plus, Trent Alexander-Arnold and Virgil Van Dijk joined Salah, Thiago and Mané in the 2021/22 PFA Team of the Year.

Liverpool’s squad rivals that of Manchester City for most-balanced side in Europe. Núñez, like Erling Haaland with Manchester City, tops a potential starting XI that both prevents goals and seems to score at will.

The Uruguayan’s skill set that caps Liverpool’s lineup stems from his beginnings in Uruguay with Peñarol. A club always in the spotlight, Núñez left his home on two occasions to try out for one of Uruguay’s elite sides.

Juan Arango, a bilingual commentator who frequently calls games in Copa Libertadores and many leagues from around the world, saw Núñez during his brief time with Peñarol. He says that Núñez’s father worked in construction while his mother collected bottles to make ends meet. Arango says Liverpool supporters should have no concerns over the spotlight of Anfield.

“Peñarol is always in the news cycles in Uruguay and the pressure to win at a club like that is just as intense as it is at Liverpool,” Arango wrote in an email. “Also, growing up in poverty helps you get perspective in terms of pressure due to stardom.”

That pressure was not an issue during his two years in Portugal. In the Champions League, Núñez scored six goals in 10 games during the 2021/22 campaign to finish in a tie for seventh with players like Kylian Mbappé and Cristiano Ronaldo.

Two of those came in a 3-0 win against Barcelona in the group stage, as did another against Bayern Munich. However, the two that catch eyes are in the knockout stages. He scored home and away against a heavily favored side. That team that he scored in each leg against was Liverpool, and perhaps that contributed to the club’s acquisition of the player.

In fact, Virgil Van Dijk said Núñez was among his toughest opponents to play against, with the two butting shoulders in Benfica’s home leg.

Domestically, there is a jump from Benfica in the Primeira Liga to Liverpool in the Premier League, despite the nomenclature. However, Arango believes the players surrounding him at Liverpool make that transition easier.

“He doesn’t need to be a superstar or a world-beating striker at Liverpool, keeping in mind the players he has alongside him.”

The price tag would warrant a superstar status. However, Klopp and Liverpool’s success with transfers shows that they care less about the big name and more about the product. Trophies are the measure of success at Liverpool, not individual awards. However, Salah continues to rake those in by the bunches.

In order to bolster the trophy count, one thing Núñez must focus on is the adjustment to England, not necessarily the Premier League.

“It will be very difficult to get the timing down in the first few months of the season keeping in mind he has to travel (nearly five, six time zones) for a FIFA date in September and then play in the World Cup in November. So, his practice will have to be quite intense.”

With the debut of the Premier League schedule recently, Liverpool fans already see potential spots for the Uruguayan to score his first in the famous red kit.

3 days ago FootLiveScores
We use cookies on our website to give you the most relevant experience by remembering your preferences and repeat visits. By clicking “Accept”, you consent to the use of ALL the cookies.
Do not sell my personal information.
Cookie SettingsAccept
Manage consent