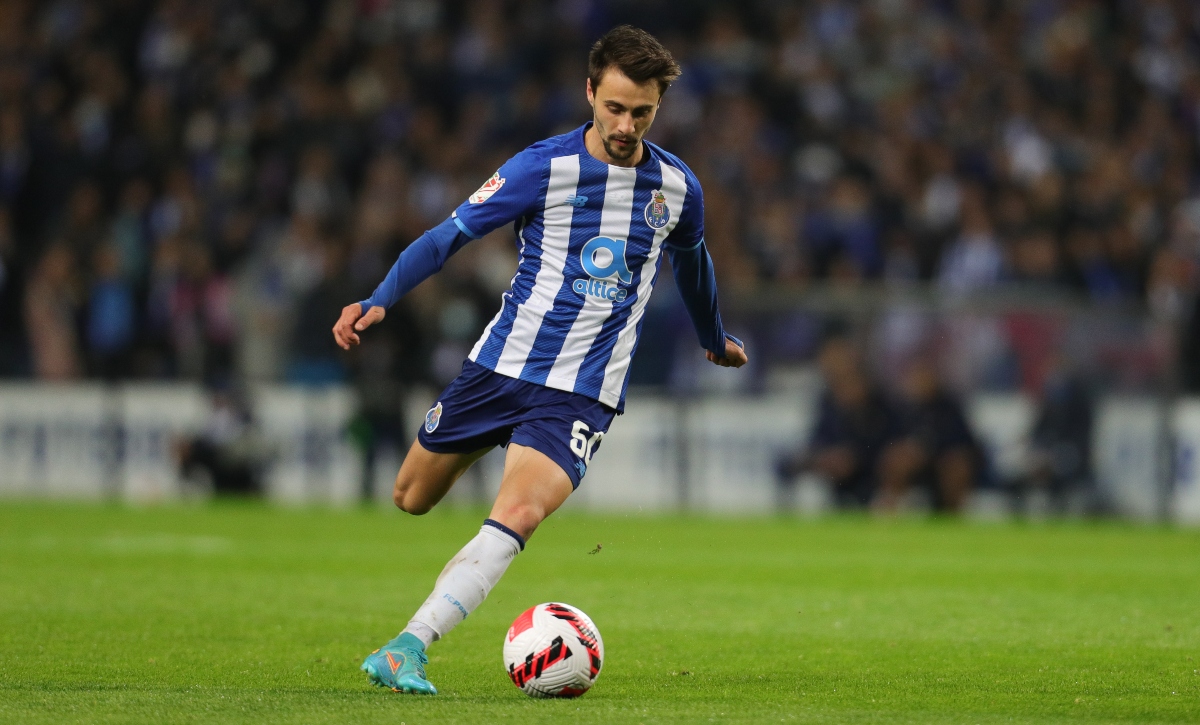 Arsenal has reportedly agreed a $37 million fee for FC Porto star midfielder Fabio Vieira. The price tag for the playmaker could reach about $42 million with an extra $5.5 million in possible add-ons. Both sides agreed to this fee. Consequently, Vieira’s Greece vacation ended abruptly to complete the deal in London.

Vieira, 22, split his time between the bench and the starting XI this past season with Porto. Nevertheless, the versatile player managed to rack up 14 assists and 34 key passes for the Portuguese champions. More impressive, he did so in just 1,329 total minutes last season. Only Benfica’s Rafa had more assists (15) in the Primeira Liga than Vieira. At the same time, the Porto youngster played 700 fewer minutes than the 29-year-old Rafa in the league.

One of Arsenal’s biggest issues last season was the fact that the young club couldn’t score enough goals. The Gunners only managed 61 goals in the Premier League last season. This tally placed them at sixth-most in the top flight. Arsenal performed well offensively on set pieces and on the counter attack. However, the club scored just 33 total goals from open play last season. For comparison, every other team that finished in the top eight, plus Crystal Palace, had more goals from open play last season.

Because of this lack of firepower, manager Mikel Arteta quite clearly needed to improve his team’s attack. A new striker, perhaps a Gabriel Jesus, is the obvious need. But, they could benefit by adding some more creativity as well. Vieira potentially helps boost Arsenal’s offensive output. This comes with his passing abilities and his goal-scoring output. In addition to the youngster racking up 14 league assists, he also added six goals as well. In fact, he even scored 13 goals in just 20 appearances for Portugal’s U-21s.

The 22-year-old playmaker gives Arteta another versatile player to deploy in multiple positions. For instance Vieira could pop up in midfield, attacking midfield, on the flank or as a second striker. Arteta made a clear objective to sign versatile players. Last year, that was Benjamin White, Takehiro Tomiyasu and Martin Ødegaard. Fabio Vieira arriving at Arsenal signals a continuation of that trend.

Along with versatility, Arteta also tends to favor having a plethora of attacking options in his midfield. In an interview with Sky Sports nearly two years ago, he made references to the types of playmakers Arsenal used to have in their squad.

“That is a lot of players who are now not here. We have to renew that cycle, because if not, those kinds of players won’t be there for us anymore.”

Vieira draws comparisons with fellow Portuguese playmaker Bernardo Silva. Arteta worked closely with Bernardo during their time together at Manchester City. With similar playing styles, statures, and left-footed nature, it is an easy connection. However, having just recently turned 22, Vieira likely needs time to acclimate to the Premier League.

Nevertheless, Arsenal appear to be getting a very talented player at a price that does not necessarily hinder any other potential moves this summer. The Gunners clearly want Gabriel Jesus to man their front line in attack. Leicester City’s Youri Tielemans is another player that may be close to a move to the Emirates.

While some Arsenal fans have voiced their frustrations via Twitter at the lack of moves so far in the transfer window, despite the window just opening last week, Arteta and company appear ready to quietly make moves behind the scenes.

20 hours ago FootLiveScores
We use cookies on our website to give you the most relevant experience by remembering your preferences and repeat visits. By clicking “Accept”, you consent to the use of ALL the cookies.
Do not sell my personal information.
Cookie SettingsAccept
Manage consent