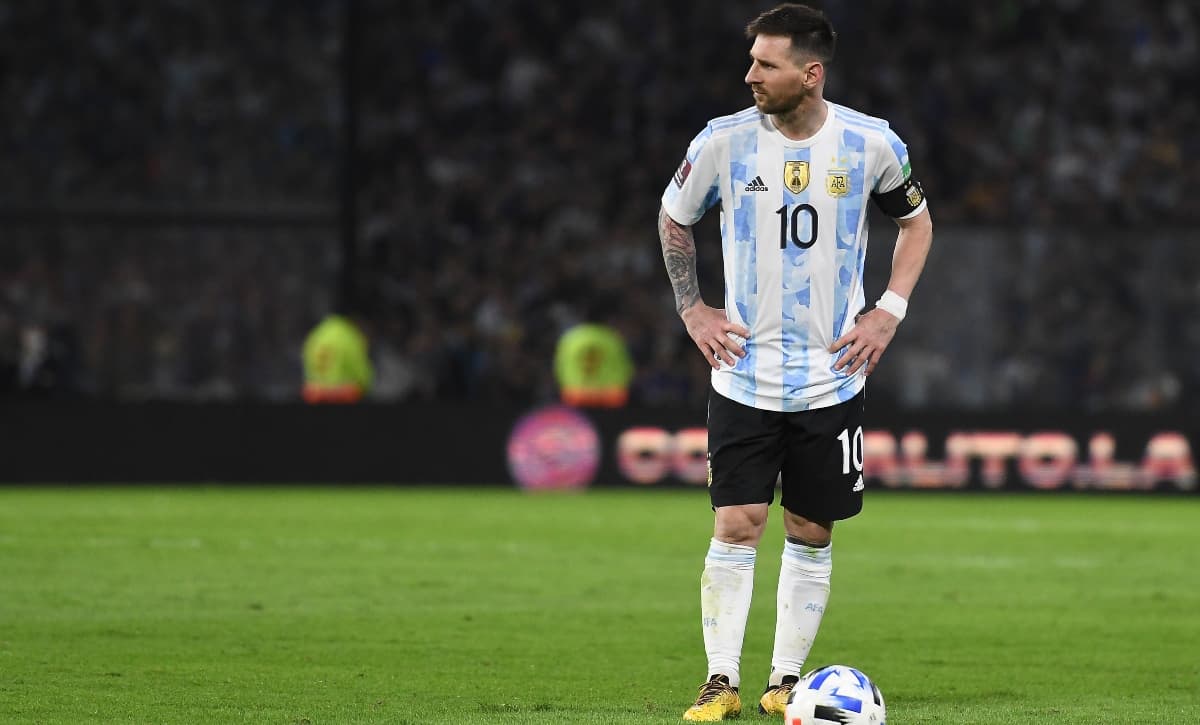 The Argentine has all the makings of a legend of the game, that much is indisputable. As an individual, he has more Ballon d’Ors than any other player in history. He ranks third on the all-time goal-scoring list, soon to be second once he passes Pelé. His assists are incomparable, especially considering his goal output.

As a member of Barcelona, he won every major trophy possible. The lone exception is the Europa League, something he never played in. With Argentina, he conquered South America by winning the Copa America in the summer of 2021.

Yet, the only thing that eludes Messi is the World Cup. In 2014, he won player of the tournament while leading Argentina to the World Cup Final. Argentina lost to Germany in extra time, and it represented Messi’s best chance for soccer’s most coveted prize.

After a round of 16 exit in 2018, Argentina enters the 2022 World Cup as a contender. La Albiceleste finished second behind a near-flawless Brazil. In fact, neither Brazil nor Argentina lost in the 17 games played, creating an 11-point gap with third-place Uruguay. Lionel Messi’s seven goals were joint-highest for Argentina in qualifying.

Practically lifting Argentina to the 2018 World Cup and serving as a major contributor in reaching Qatar in 2022, there is reason to believe this is Messi’s last chance at lifting the World Cup.

At the age of 34, but 35 come Qatar 2022, Lionel Messi is past his prime. That is all relative, of course. Messi’s prime of 2012, when he scored 91 goals in a calendar year. Even in his most recent season at Barcelona, he scored 30 times in 35 LaLiga games, while also tacking on 11 assists.

Pundits and critics attribute his dip in form at Ligue 1 side PSG to a variety of reasons. On one hand, he played in the same country in the same style for over 15 seasons. Also, he has two other world class talents to share the spoils with at PSG, Neymar and Kylian Mbappé. However, he clearly is not the spritely Lionel Messi that shredded apart opposition in the early 2010s.

Looking ahead to the 2026 World Cup, Messi will be the ripe age of 39. If he were to play, he would be among the ranks for oldest players to compete in the World Cup.

As of the 2018 World Cup, the oldest player to play in the sport’s biggest event was Egyptian Essam El-Hadary at 45 years old. The goalkeeper made one appearance, starting for Egypt in its final game, a defeat against Saudi Arabia, 2-1. Of the top 10 oldest players to play at the World Cup, nine are goalkeepers. With limited movement required, this makes sense. The lone exception is Cameroonian Roger Milla, who played against Russia at the 1994 World Cup aged 42. Milla scored Cameroon’s only goal of the game, a 6-1 defeat.

While Messi would not be in his 40s, he would likely not be able to provide the darting runs and progressive moves that buoy Argentina.

If this is Messi’s last World Cup, it seems fitting for Argentina to send him out on a high note. Considering his brief retirement from the international team in 2016, he has been through enough low notes to know the frustration.

Messi’s and Argentina’s chances of glory in Qatar are not out of the realm of possibility. For those interested, bet365 has Argentina with the fifth-best odds at 9/1. Only Brazil, France, England and Spain hold better odds to win.

Argentina’s group consists of Mexico, Poland and Saudi Arabia. In terms of timing, Argentina opens the tournament with Saudi Arabia, which it is clearly the favorite in. An early three points would serve well ahead of the second game against Mexico on November 26. Messi and company round out the group stage with Poland, setting up what could be a game of massive importance between Robert Lewandowski and Lionel Messi. The two developed something of a rivalry for best player in the world over recent seasons.

As it stands, Argentina should qualify for the knockout stages. As is the case for a side like Argentina, that is the standard. Anything less would be considered a massive failure, especially considering the potential of this being Messi’s international sendoff.

When France knocked out Argentina in the round of 16 of the 2018 World Cup, many considered that to be the end of his best chances to win the tournament. That could be true. Despite coming off a Copa America victory in 2021 and holding a FIFA World Ranking of No. 4, Argentina holds a number of issues.

While rivals Brazil, France and Belgium have talent across the board, Argentina’s lineups are less star-studded. Any team with Lionel Messi will be able to compete, he lifts those around him. Use Barcelona and its struggles after his departure as the main case study. However, other areas on the field could expose Argentina.

For defense, Nicolas Otamendi and Cristiano Romero are fine options with Premier League experience. However, they are not overly reliable, and Otamendi has a knack for being reckless. Argentina’s midfield trio has players that play at the top level in Europe. However, with European rivals having players like Kevin De Bruyne, N’golo Kante, Paul Pogba or Pedri, these players could boss the midfield. That happened in 2018, when Luka Modric and Ivan Rakitic peppered Argentina’s midfield in a Croatian demolition, 3-0.

This is not to say Argentina cannot compete in what will likely be Messi’s last World Cup. They will, barring a collapse that almost transpired in 2018. Yet, for Argentina to reclaim the title of world champions, Messi will have to deliver a finale performance that would stop the soccer world.