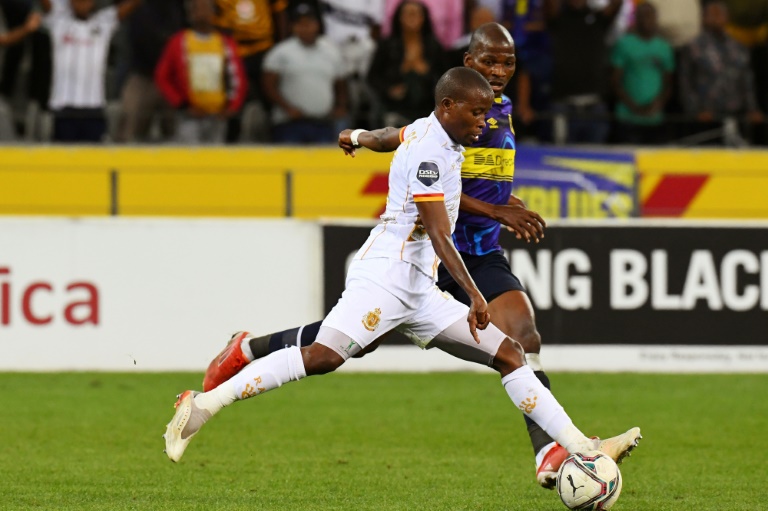 A brilliant volley from substitute Sammy Seaba on 74 minutes gave the perennial strugglers a 1-0 win over sixth-placed Stellenbosch on a cold, overcast southern hemisphere autumn day.

Fellow substitute, Thokozani Sekotlong, tried in vain to get a shot at goal and eventually passed to Seaba, whose shot from outside the box flew past goalkeeper Sage Stephens.

Victory ended an embarrassing home run that included seven draws and four losses — the worst record among the 16 top-flight clubs.

“We were waiting for our supporters to return,” joked Chippa coach Kurt Lentjies, referring to spectators being allowed to attend matches again after a two-year coronavirus-induced ban.

“The best team lost,” said former Chippa midfielder Lentjies, “but today was all about the result, not the manner in which it was achieved.

“We have played some fantastic football this season, home and away, and lost. There was a lack of quality against Stellenbosch, but we atoned through effort and desire.”

With Mamelodi Sundowns, who were on CAF Champions League duty in Angola, needing just four points from five matches to win a fifth straight title, attention has turned to the battle for second place.

Royal AM, formerly a second-tier club who joined the Premiership this season after buying a cash-strapped team, lie second with 44 points, four more than Cape Town City after the teams drew 1-1 on Saturday.

Mxolisi Macuphu notched his fifth goal since a mid-season move from TS Galaxy to give Royal a half-time lead that Zukile Mkhize squandered by conceding an own-goal.

Fourth-placed Kaizer Chiefs surprisingly lost 1-0 at home to SuperSport United, who fired former Zimbabwe captain Kaitano Tembo this week after 23 years at the club as a player and eventually head coach.