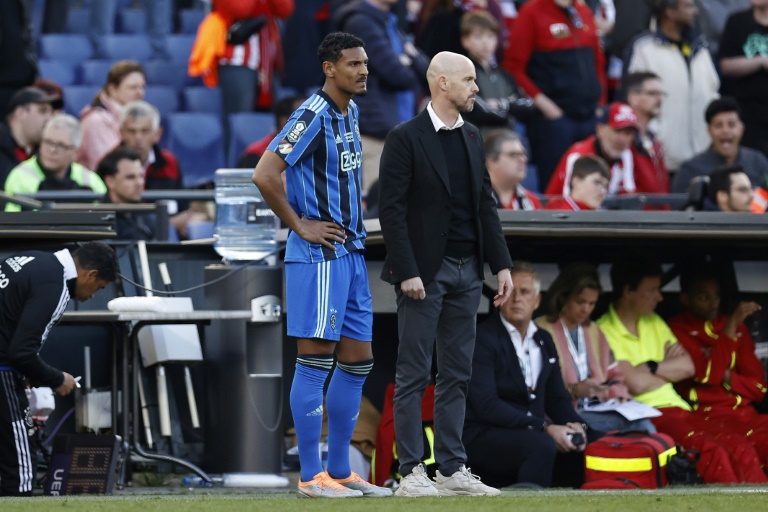 Paris (AFP) – Erik ten Hag, the man widely tipped to become the next Manchester United manager, suffered defeat on Sunday when his Ajax team lost 2-1 to PSV Eindhoven in the Dutch Cup final.

Ajax opened the scoring through Ryan Gravenberch in the 23rd minute before Dusan Tadic saw a goal ruled out just before half-time.

PSV then hit back with two goals in quick succession through Erick Gutierrez in the 48th minute and Cody Gakpo two minutes later.

Ajax had another effort scrubbed off by VAR just before the hour, this time Davy Klaassen was the unlucky player.

For PSV, it was a first Cup triumph since 2012 and their 10th overall.

Defending champions Ajax, the 20-time cup winners, are still on course to the Dutch league. They hold a four-point lead over PSV.

Ten Hag is reportedly the overwhelming favourite to take over at Manchester United next season.

The 52-year-old Ajax manager is seen as fitting the profile the United board desire to restore the glory days the club enjoyed under Alex Ferguson.

5 hours ago FootLiveScores
We use cookies on our website to give you the most relevant experience by remembering your preferences and repeat visits. By clicking “Accept”, you consent to the use of ALL the cookies.
Do not sell my personal information.
Cookie SettingsAccept
Manage consent